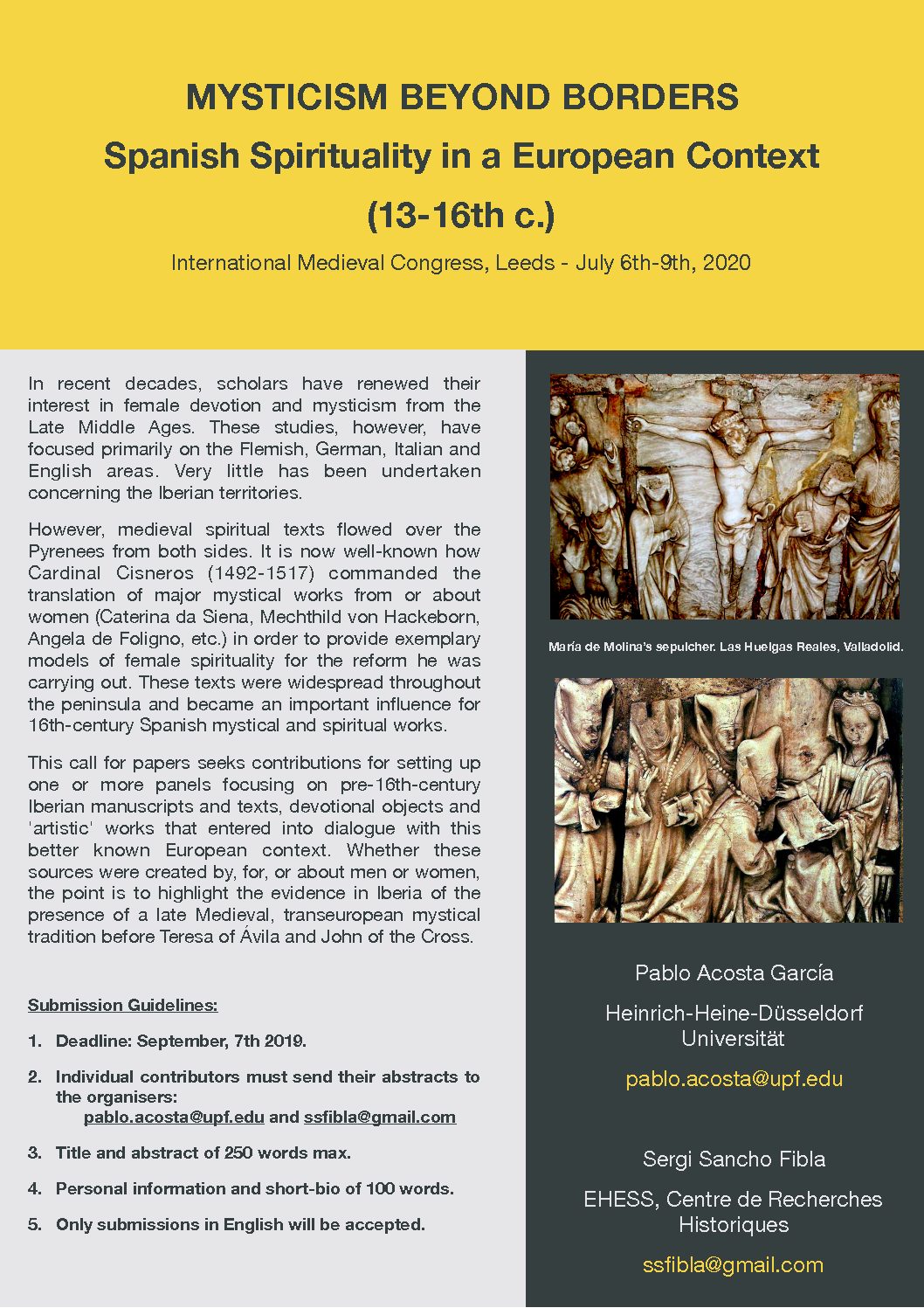 In recent decades, scholars have renewed their interest in female devotion and mysticism from the Late Middle Ages. These studies, however, have
focused primarily on the Flemish, German, Italian and English areas. Very little has been undertaken concerning the Iberian territories.

However, medieval spiritual texts flowed over the Pyrenees from both sides. It is now well-known how Cardinal Cisneros (1492-1517) commanded the translation of major mystical works from or about women (Caterina da Siena, Mechthild von Hackeborn, Angela de Foligno, etc.) in order to provide exemplary models of female spirituality for the reform he was carrying out. These texts were widespread throughout the peninsula and became an important influence for 16th-century Spanish mystical and spiritual works.

This call for papers seeks contributions for setting up one or more panels focusing on pre-16th-century Iberian manuscripts and texts, devotional objects and 'artistic' works that entered into dialogue with this better known European context. Whether these sources were created by, for, or about men or women, the point is to highlight the evidence in Iberia of the presence of a late Medieval, transeuropean mystical tradition before Teresa of Ávila and John of the Cross.

1. Deadline: September, 7th 2019.
2. Individual contributors must send their abstracts to the organisers: pablo.acosta@upf.edu and ssfibla@gmail.com
3. Title and abstract of 250 words max.
4. Personal information and short-bio of 100 words.
5. Only submissions in English will be accepted. 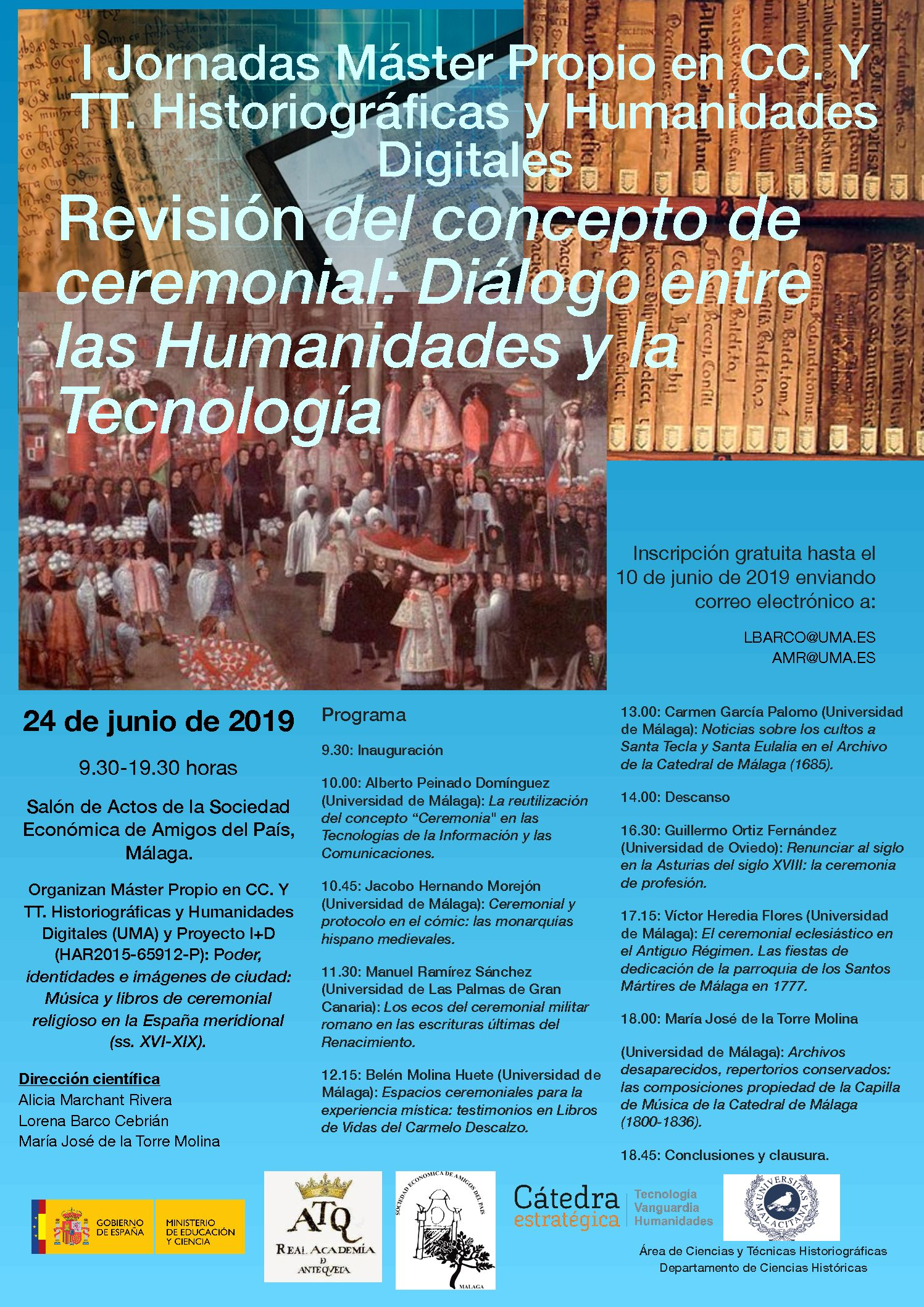